Achieving complex but yet understandable code has been the first thing on every programmers’ to-do list. While attaching a statement on code lines you felt had sophistication, the monotony was an issue that you could not anticipate. Thanks to discord, reader interpretation has just got better with the use of color and certain characters to show differences.

Discord is a communication platform that consists of features and background, the lightweight engine used for text formatting. The task of having to discord syntax codes is easy, and you just insert letterings and specific keywords on your text. If you are looking to make your text stand out from the rest, then this discord text formatting guide is for you. We will start from the basics of bolding, italicizing, and underlining and then head over to the cooler displays, color!

Discord makes use of the Markdown engine to generate writing styles. The styles mostly make use of asterisks and underscore found by pressing on the keyboard Shift+8 and Shift+ – respectively.  Also, there’s the strikethrough effect done using the tilde (~) key found just below the Escape button. Do not leave any spaces between characters.

Asterisks perform the bolding effect by inserting two of them before and after a text in question, as illustrated below.

Text:  **I just used asterisks to bolden my sentence**

Output: I just used asterisks to bolden my sentence

Italics also make use of the asterisk, but this time, only one is inserted before and after a sentence.

Text: *this is an italic sentence*

Output: this is an italic sentence

To underline text, make use of two underscores before and after the text, as illustrated below.

Text: __This is an example of an underlined sentence__

Output: This is an example of an underlined sentence

Also, the tilde key is inserted twice before and after a text to perform the strikethrough effect, as shown below.

Output: The text is crossed out

A sentence may be combined to consist of both bold and italics using three asterisks before and after the text.

Text: ***The sentence is both bold and italic***

Output: The sentence is both bold and italic

You may also combine to create an italicized and crossed-out text as shown:

Text: ~~*The sentence is italicized and crossed out*~~

Output: The sentence is underlined and crossed out

Interestingly, you can use all the styles at once, almost like we previously did for the two examples. Trying them all at once in one sentence is like a walk in the park. You insert two tildes, two underscores, and three asterisks before and after the text and there’s the result:

Output: this is a crossed out, bold, italic and underlined sentence

If you wish to see characters you were previously using appear as they are, then use the backslash (\) key. It eliminates the markdown formatting and is used before the text, as we shall illustrate. Using the backslash after the text produces the same output, but it is not as necessary as before the text.

Code blocks in discord can be created in a single line or multiple lines. This is done using the tick key, which is found just below the Escape key. For a single line, surround your text with the tick key for a white, monospaced text with a dark background. The brief text becomes more readable and understandable this way.

Multiple line codes make use of triple ticks to surround your text. The result is a large, dark box around sentences to attain a better readable format for several connected code lines. Syntax highlighting options are supported by multiple code lines and not single-line ones.

The question of how to discord code block branches to highlighting text into different colors using Discords’ highlight.js feature. Several syntaxes are implemented for different results. Be sure to make a multiple line block first using the tick key and then proceed to highlight text.

Use the fix syntax, and your text will display a yellow color as shown.

The text has a yellow color

Red color is displayed on your text when you add the diff syntax before your text.

The text has a red color

Using the diff syntax and including a + sign before the text makes an output of green.

Input: “`diff+ The text has

The text has a green color

The CSS syntax changes the text to orange and also green. The orange color is displayed by adding CSS before text and brackets around the text.

The text has an orange color

Discord also has the color blue displayed using the ini syntax plus brackets around the text, as illustrated below.

The text has a blue color

By including quotation marks around text making use of CSS syntax, light green color is displayed.

Input: “`fixThe text has a

The text has a light green color

Be sure to perform the step of the above method by step, as doing otherwise results in a different output.  Also, there are different keyboard layouts, so check if you are pressing the right button for the various characters needed. Both newbies and professionals use discord code block, and becoming the latter is easy. Simply use this Discord text formatting article to your communication skills, which are effortless and worthwhile, and you will be a step closer. 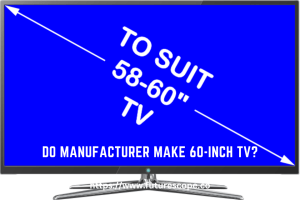