Have you encountered a situation where you’re watching something interesting on Tv, and the Tv loses signal out of nowhere? If not, picture the scenario at least!

You can use two Tv antenna amplifiers to better your antenna’s signal in dire signal failure situations.

How do Antenna Amplifiers Work?

An amplifier compensates for weak signals in your antenna.

Just like an audio amplifier, which can create a louder noise from smaller noise, an antenna amplifier takes a poor signal and makes it strong enough to broadcast channels, images, and sound on your  TV.

Antenna amplifiers are especially important for digital televisions because if the signal isn’t strong enough, you won’t get any picture or sound.

However, keep in mind that if your antenna is not picking up any signal, then using a single or two antenna amplifiers won’t be of any help.

Instead, you will have to find a professional to run checks and tests to ascertain the cause of the problem.

When using two antenna amplifiers, make sure that the first amplifier is doing an excellent job before adding another amplifier.

This is especially true whenever you intend to use a preamplifier and the distribution amplifier to boost your antenna’s signal.

A preamplifier is a device that amplifies the signal coming straight from the antenna when the signal strength is still good.

On the other hand, a distribution amplifier is a signal amplifying device used to supply signals to multiple televisions.

Suppose a preamplifier can recover a good quality and strength signal but not strong enough to overcome the system losses downstream. In that case, the distribution amplifier will come in handy in amplifying the signal.

Among the numerous configurations of two TV antenna amplifiers ( the preamplifier and the distribution amplifier) are:

Using the Preamplifier and the Distribution Amplifier

A preamplifier and a distribution amplifier can indisputably be put to use together in an antenna system.

But before using both amplifiers to boost your antenna’s signal, make sure that they both receive power. Otherwise, you’ll get the ‘no signal’ message.

In many instances, digital television channels broadcast on the UHF frequency while others on the VHF frequency.

Such a scenario will demand you to purchase two TV antennas.

A Combination of two TV antennas will also prove beneficial if you are trying to improve your antenna’s ability to capture weak signals while reducing any interferences in the digital signal.

In most cases, putting together two antennas is a simple task that does not necessitate you getting a non-amateur to do it for you.

Some typical applications of combining two Tv antennas include:

A combination of either of the two can eliminate the need for an additional antenna rotator( which aids in bringing in TV stations from multiple directions).

With installing either two of the antennas, you will need professional help because there needs to be minimal spacing between the antennas.

Failure to which the signals will interfere with one another, resulting in unclear image quality.

However, the availability of accessories like channel traps and bandpass filters can help eliminate such interferences.

Connect the splitter’s single port to the “antenna in” port on the television, then connect the two ports to the antenna.

This combination can work with one VHF antenna and one UHF antenna.

If your signal is drifting, move the antennas around until you find the signal for the channel you’re watching.

Before you start the combination process, carefully read the antenna’s owner’s manual or, better yet, get a professional to help you do it.

Can You Use Two TV Antenna Amplifiers?

Yes. You can use two TV antenna amplifiers to boost your antenna’s signal. When signal reception is weak, surely you can use a distribution amplifier and a preamplifier together in the same antenna system.

However, there are two significant concerns that you should take into account before you decide to use two tv antenna amplifiers:

What is the Contrast between a Preamplifier and a Distribution Amplifier?

A preamplifier amplifies a TV signal coming straight from the antenna. In contrast, a distribution amplifier accepts an input signal from either a preamplifier or a splitter then outputs the same signal in multiple isolated forms.

How can I boost My TVs Signal?

Aside from using the most effective method, a TV antenna amplifier, to boost your televisions signal, you can employ the following techniques:

In some instances, introducing another antenna amplifier will only make your signal problems worse.

Therefore take great caution while at it. 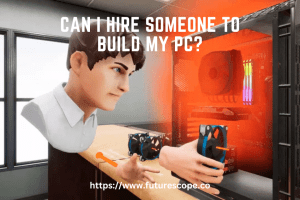 Can I Hire Someone to Build My PC?