Many of company that acts as a “trader” of cryptocurrencies. However, we are not started talking about activity of trading company. We already know Masterchain company has the credit of having become the first ICO in history. To put it simply, it is the first company that funded a project with an innovative (and up to date very lucrative) initiative. With an ICO, that is the first step to issuance of a new cryptocurrency. In addition, this article precisely explore about that, the keys to understanding what the ICOs of cryptocurrencies are.

1. Definition of what are the ICOs of cryptocurrency

The acronym ICO stands for Initial Coin Offering, that is, initial offer of currency. It can be seen how the acronym ICO closely similar that of IPO, that is sale by public offer of sale. It is maintain by companies when they go public and intend to sell their shares to investors for the first time. In ICOs, these “shares” held by investors are called “Token”.

Like IPOs, the ICOs of cryptocurrencies allow companies to finance their projects. The difference is that the issuing company does not request “Euros or Dollars” for its shares. What is required is that the money is collected to create a new cryptocurrency that is called a token.

Below we explain in more detail how the process of an ICO works.

2. How does the ICO release work?

To understand the ICOs of cryptocurrency, we explain the process that is carried out step by step;

– When a company intends to request financing to develop a project. They presented with a new possibility of financing that until recently did not exist. Find investors within the ICO framework.

– To go to the ICO is necessary to create a new token (for us to understand, a new cryptocurrency). This is how the “Etherum” project created the “Ether”, or “Masterchain” did the same with “Omni”

– So that investors can invest in the new project to acquire these tokens. To do this, they must previously buy a “bridge” cryptocurrency with which to carry out the investment. In other words, if the investor wants to be part of the Ether issue with USD 1000, he must previously acquire Bitcoin for USD1000. When the Ether issuance has been made effective, the corresponding Bitcoin will convert these automatically.

– During the pre-issue phase (also called Pre-ICO) is when the exchange rate between this “bridge” currency and the new token to be issued is set. Initially the cryptocurrency that made this work “bridge” was the “Bitcoin” but lately the “Ether” is displacing it.

– It is common that once the tokens are in the hands of investors. The issuing company does not allow token in the market for certain period of time. For example, in the case of the ICO of Etherum the requirement to enter the market and sell the “Ether” was to wait for a year.

3. What are the ICOs of cryptocurrencies and the risks they entail for the investor

Obviously, when we talk about the issuance of an ICO we are referring to a high risk of investment. In these cases the benefits or losses that are obtained are explained by two reasons;

These variables are still more important when investors go to the ICO and have to put up with a time to sell their “token”. In general, the term usually ranges between one week and one month depending on each ICO. Once this period has elapsed, the tokens will be included in the cryptocurrency exchange (exchanges) and will be available to buy and sell to the general public.

4. Are the ICOs of the cryptocurrencies profitable for the investor?

I hope that by this time we have a certain idea of ​​what the ICOs of cryptocurrencies are. So now we will take the opportunity to review the most relevant ICOs since the Omni broadcast. I must say that the results are amazing. There is no need to pay attention to goode figures of money collected. Gnosis managed to raise 12.5 million dollars, Brave obtained 35 million dollars in 30 seconds and Bancor did the same with 144 million dollars.

After explaining what the ICOs of cryptocurrencies are, we will discuss on the advantages that ICOs have for issuing companies.

5. Advantages of ico for companies

For companies that want to finance their projects, going to ICO productions with full of advantages. It is not necessary that they go through the complicated regulatory processes or pay commissions to the investment banks that organize the auctions. To this is added the opening of the investment to the global market with auctions in real time (Blockchain technology) through the Internet.

6. Security risks in the cryptocurrency market

For technological reasons we see how the latest ICO releases are being made with Ethers. While it was done with Bitcoin. Although both cryptocurrencies use Blockchain technology, the advantages offered by Ether are superior to those offered by its competitor Bitcoin. The fact that investors acquire the Ether during the pre-ICO phase to exchange them for the token is driving demand for the cryptocurrency. That ends up indicating an increase of the price of the Ether in the market.

7. Critics of the ICO

Many voices criticize the existence of ICOs of cryptocurrencies. The developers of Gnosis ended up keeping 95% of the coins and in the case of Brave only 130 people managed to invest. In this case, a limited supply of coins in which priority was given to pay the most.

The Initial Coin Offering (ICO) has become one of the most interesting ways to attract million dollar investments for projects. Last ICO has managed to raise 270 million dollars in less than three hours

Another of the doubts generated by the ICO of cryptocurrencies is that they are often relate with cybercrime. It is quite common & most important ICOs are accompanied by phishing schemes where the criminals offer an alleged participation in the offer but redirect the payments to false accounts.

In addition, of course, among the critics we cannot forget the Chinese government and its prohibition of ICO. Although it is not surprising, considering that Government seeks to control everything under his regulation.

“We are in a bubble.” “Many ICOs will fail and people will lose their money.” With this forcefulness, as said Vitalik Buterim, the creator of Ethereum.

I hope you liked the article and that you have been a little clearer what the ICOs of cryptocurrencies are!

What happened to FTX (one of the world’s biggest cryptocurrency exchanges)? 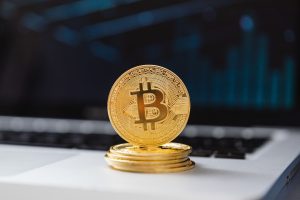