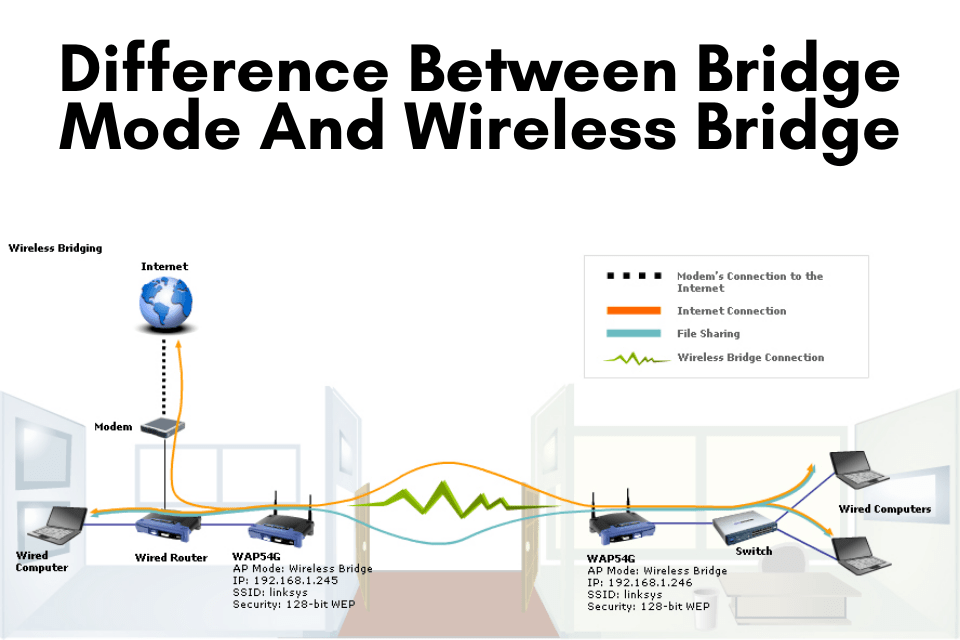 We can all agree that technology makes everything better, right? Technological advancements come up as a result of technological lack.

In this case, bridge mode and wireless bridges came up to satisfy the need to create a single collection network from multiple communication networks.

In many cases, people like to connect multiple routers, be it in the homes or workplaces, to extend their WiFi coverage.

However, if you have two routers and each one possesses different private WiFi, then your devices may find difficulty communicating with each other. Known as double NAT ( Network Address Translation)

Bridge mode will fix the particular problem by making your routers share a single WiFi network in such a scenario.

How to set up Bridge Mode

With bridge mode, both routers should have similar details for the service to function efficiently.

Before WiFi came up, ethernet cables were used to connect network bridges. A wireless bridge, however, links network segments using a WiFi link.

In other instances, a wireless bridge can be used to connect an ethernet network with either an access point or a wireless router for internet connectivity.

Wireless bridges exist in multiple types. There are basic ones that facilitate connectivity between wireless access points and ethernets and ones that double up as a bridge and a point for wireless access.

Advantages and Disadvantages of a Bridge over a Computer Network

Since both Bridge mode and Wireless bridge involves bridging, it is vital to know the advantages and disadvantages of a bridge.

Advantages of a bridge

Disadvantages of a bridge

What is the difference between wireless bridge vs. Bridge mode?

Bridge mode creates a connection between WiFi routers over a computer network.

Some wireless bridge hardware can undergo configuration to act as an access point: covering multiple endpoints.

Even though it may still bridge traffic over data links to multiple locations, it is no longer considered a ‘wireless bridge.’

However, both the wireless bridge and access point functionalities have become blurred since they both offer wireless connectivity of multiple devices and bridging.

When should I use a wireless bridge?

A wireless bridge comes in handy whenever you wish to connect over a WiFi two wired networks.

In the process, one endpoint gets the label ‘master’ while the other becomes ‘slave.’ The ‘master’ endpoint acts as the controller by determining all the attributes of the created link.

Bridge mode does not disable routing once you set the device to ‘bridge mode,’ but it disables the WiFi.

Bridge mode has no effect whatsoever on the wireless client performance of the device.

The only thing bridge mode does, is turning off NAT ( Network Address Translation) then proceedS to disable DHCP( Dynamic Host Configuration Protocol)

Setting your device to bridge mode disables WiFi to prevent confusion that arises whenever a  user misconfigures their device. Thus ending up with WiFi outside NAT or has no DHCP.

In a setting where a user despises multiple cable connections, a wireless bridge is the best solution.

A wireless bridge will come in handy to enable WiFi connection of network segments over a computer network.

I hope this article has presented you with a satisfactory answer to the question: What is the difference between bridge mode and wireless.

In conclusion, it is clear that bridge mode and wireless bridge only differ in functionality strength. Otherwise, both create connections between network segments over a computer network.