Jeff Bezos, the founder of Amazon, become the richest man in the world after the shares of the e-commerce giant went public and allowed him to snatch the throne from Bill Gates, the genius behind Microsoft, According to data from Forbes and Bloomberg. After the rebound, the creator of the operating system that most used worldwide has once again topped the list.

The fortune group’s president and chief executive, founded in 1994 in Seattle (northwest), is now estimated at $ 90.5 billion, according to Forbes’ real-time calculation ahead of Microsoft founder Bill Gates, Whose assets are estimated at 90 billion dollars.

The indexes of billionaires of both firms, which measure the fortunes in real time, have lived on Thursday a sigh. Investors have raised the stock price of Amazon, hours before the company presents results. Thus, thanks to its 17% shareholding, Bezos exceeded 77,444 million euros – 90,600 million dollars – being provisionally above Gates.

Bezos, 53, is the head of Amazon. A firm that has revalued 40% throughout the year. Today, in a single day, it has gained more than 1,000 million euros with the rebound near 2% of the value on Wall Street. So far this year, his fortune adds 20 billion more.

In the year, he moved from fourth place, behind Gates, Warren Buffett (Berkshire Hathaway) and Amancio Ortega (Inditex), to take first place. But as Forbes puts it, “Bezos could never have become the richest man in the world if Gates had not donated so much fortune to philanthropy,” an argument that draws on the $ 32.9 billion that the IT man has donated along of their life.

In any case, it does not detract from the meteoric rise of Jeff Bezos, who started Amazon as an online store selling books and has piloted the brand to become an empire of electronic commerce that has been diversifying business as the years went by, being the business in the cloud one of its biggest bets today.

Outside the corporate sphere, Bezos is part of the “millionaire career” to conquer the space, in which he tackles with Elon Musk (Tesla) and Richard Branson (Virgin).

According to data from Forbes, which closely follows the fortune of the world’s rich, Bezos today displaced Microsoft founder Bill Gates in that position.

At the opening of Wall Street, Amazon shares rose 1.6%, adding $ 1.4 billion to Bezos ‘fortune and allowing him to surpass Gates’, also above $ 90 billion, but below Of Bezos.

These data, however, take into account the price of the titles of, in this case, Amazon and Microsoft, and the first place can get to change minute by minute.

In fact, a year ago, as Forbes recalls, Spanish entrepreneur Amancio Ortega of the Inditex group surpassed Gates as the richest person in the world for two days.

With today’s data, Bezos becomes the seventh person to become the richest in the world since Forbes took account of these fortunes in 1987.

Who is Jeff Bezos, the new richest man in the world? 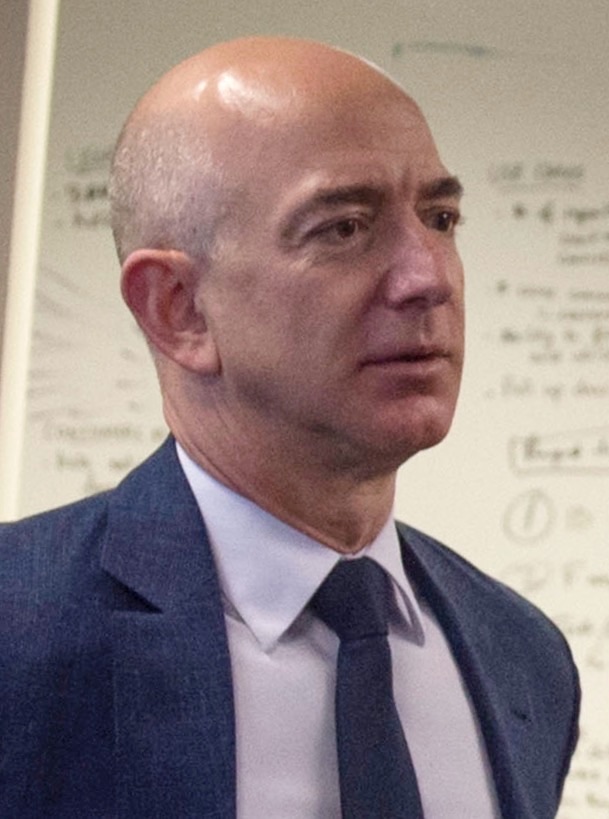 Bezos attended Princeton and then worked in a hedge fund before starting his online bookstore in a garage in Seattle in 1994. Amazon has since become an online retail giant that sells a wide variety of products. It also offers cloud services through its Amazon Web Services division, known as AWS. Outside of his daily work, Jeff Bezos owns the Blue Origin aerospace company and the Washington Post.

The essence of Jeffrey Preston Bezos’s fortune, his full name, comes from his stake in Amazon’s capital. According to the latest document transmitted to the market regulator, the SEC, the 53-year-old entrepreneur owned 80.89 billion shares, 17% of the capital.

Its arrival at the top of the ranking of the richest people in the world represents the emergence of the fortunes of the new economy, mainly the founders of Internet giants.

Among the world’s top ten fortunes are now also found by Facebook founder Mark Zuckerberg, whose assets are estimated at $ 72.9 billion to date.

Luxuries and extravagances of Jeff Bezos, the richest new man in the world

After four years on the throne, Bill Gates gave up his place as the richest man in the world. Since Thursday, Jeff Bezos, owner of Amazon, ranks first in the ranking of Forbes magazine. Its equity reached 90.9 billion dollars to overcome, thus, 90.7 billion Gates.

Despite his rather low profile & rejection of luxuries ostentation, Bezos with his immense fortune allows himself pursues some singular obsessions.

Perhaps, the largest, a huge mansion in Beverly Hills that he bought in 2007 for $ 24.5 million. 1,100 square meters with seven bedrooms, a greenhouse for plants, a tennis court, a spacious swimming pool and a guest house for his visitor. The property is just a few meters from Tom Cruise’s estate.

The founder of the e-commerce giant pursues an obsession since childhood. In fact, one of her teachers recalled an occasion when she said: “The future of humanity is not on this planet.” Much later, as early as 2000, he materialized his childhood endeavor. He founded Blue Origin, an aerospace transportation company.

Four years later he bought Corn Ranch, in Texas. An extension of 67,000 hectares served as a test site for the New Shepard rocket, a vertical sub-orbital vehicle that landed in April 2015.

In another million-dollar investment, the entrepreneur led F-1 Engine Recovery, a mission with robots that aimed to recover the lost engines of Apollo 11 that reached the Moon. The remains were submerged somewhere in the Atlantic Ocean.

Less than a year ago, on October 21, 2016, Bezos – who sought to preserve his identity and appeared on public records as Cherry Revocable Trust – bought for $ 23 million the largest house in Washington DC In the district of Kalorama. The Museum of Textiles became a family home, it was speculated, the magnate intends to be closer to the headquarters of The Washington Post, the media he acquired in 2013.

In March, during an Amazon event on advances in robotics, artificial intelligence and space exploration, Bezos climbed into a giant robot and exclaimed, “Why do I feel like Sigourney Weaver?” In reference to the Avatar actor. The robot, almost cinematic, was developed by South Korean firm Hankok Mirae Technology and will be used to move heavy objects and lighten the work of man.

Its most eccentric incursion is the one of the “Clock of the 10 thousand years”. The entrepreneur earmarked $ 42 million for a watch that will run without maintenance for ten millennia since its commissioning. Despite his extravagance, there is a basic concept that Bezos, unprepared for the bombastic statements, wanted to leave sitting: “I do it as a symbol of long-term thinking. If you look at the long term, you can solve problems that cannot be fixed another way”.

Jeff Bezos was Richest Only for Three Hours

For a short-term rise in Amazon shares, Jeff Bezos’s net worth exceeded $ 90 billion on Thursday morning, up from Bill Gates’s $ 89.8 billion. But at the close of the day, everything changed

Jeff Bezos’s net worth exceeded $ 90 billion Thursday morning on a day marked by the revelation of several second-quarter financial results for several US companies.

At the opening of yesterday’s market, Amazon shares shot up from USD 1,053 to USD 1,083 per share on expectations of gains that the e-commerce giant would reveal at the close. However, when news began filtering at noon that the company would not have generated the expected profits, the shares fell to USD 1,046, at the close of the market.

A few minutes later, the e-commerce company posted an increase in company profits, but a drop in profits from that. According to the report, the company increased its earnings to USD 37.96 billion, above the expectation of USD 37.18 billion, but due to a series of investments, its profits fell to 40 cents per share.

The company’s lower profits promise to further punish the stock at the stock market’s opening on Friday. Already in the premarket, Amazon stock is trading at USD 1,014, more than 30 dollars below its current value.

None of this means that, for a few hours on Thursday, the company will for the first time exceed the market capitalization of USD 500 billion and that its CEO dethrone Bill Gates as the richest man in the world.